The question, “can beagles get along with rabbits?” is one that is frequently asked by beagle owners. Beagles, of course, were raised to hunt small rabbits and hares, so it’s understandable that they might be wary.

If you’re thinking of getting a pet beagle and a rabbit, I’ll explain how well these two species typically get along as well as the measures you can take to guarantee your furry pals live happily together.

Can a Beagle get along with Rabbit?

Under the right circumstances, a beagle and a rabbit can get along. The key is to reduce the predator-prey instincts from them as much as possible. The bonding step is the most important. By getting your beagle and the rabbit to get along, you can keep both of them safer.

Also Read: How long can a Beagle live?

Can Beagles and Rabbits play together?

The story of Rue the rabbit and Chloe the beagle proves that dogs can be companions to individuals of any species, despite the common perception that dogs are “man’s best friend.”

This cute odd couple walked, cuddled, and even shared a head of lettuce despite their obvious differences. There was no species barrier between these two greatest friends, not even the fact that one was a rabbit and the other was a dog.

Some people might find it odd that a beagle and a rabbit can get along so well, but dogs are pack animals and are used to having members of different species in their family group. Like humans, rabbits are social creatures that thrive in groups. Usually, that friend is another rabbit, but not this time!

How can beagles and rabbits get along?

Some may be more skeptical of the possibility of friendship between beagles and rabbits on the grounds that the former are predators and the latter are prey.

After all, dogs trace their ancestry back to wolves, which historically preyed upon rabbits and other smaller herbivores.

Beagles have a long history of being trained to hunt rabbits by humans, dating back to the early 1800s. Beagles have a good reputation for their keen sense of smell, boundless energy, and relentless pursuit of their prey.

However, this does not rule out the possibility of a good relationship with pet rabbits.

Your pet beagle will be in a better position to coexist with your pet rabbit if it is not used for hunting on a daily basis.

Training your beagle from a young age will help it become friendly toward, and even protective of, your rabbit.

It’s important to train and gradually connect your beagle and rabbit so that the former doesn’t continually harass the latter.

Once your beagle shows interest in your rabbit, you should reward their cautious and kind behavior by saying “good dog!” and providing them with treats.

Beagle will learn that being calm around rabbits is rewarded with praise and goodies thanks to this training method. It will serve as a gentle reminder that the rabbit poses no danger to the house and is, in fact, a valued member of the pack.

You should do this in a place where neither the beagle nor the bunny has any established territorial attachments.

Introducing your rabbit to your beagle in a place where the beagle spends a lot of time may be perceived as an aggressive behavior and lead to barking, growling, or even a physical conflict between the two animals.

As with any new relationship, you should ease into it and put your beagle on a chain in case things go out of hand.

Never let your beagle and rabbit alone in a room together if you are unsure of how they will interact.

After you’ve built trust between the two pets, your beagle will treat your rabbit like one of the family and provide incredible care for it.

Is it common for Beagles and Rabbits to live together?

There are many people who maintain households with both beagles and rabbits. Making sure their personalities are compatible is the most crucial factor.

A dog with a strong prey drive and a scared rabbit that is prone to running away (and thus provoking a predatory response) might not get along.

Keeping your Rabbit safe from Beagle

You should exercise caution while letting your beagle and rabbit interact with one another, even if the beagle is well-trained and the rabbit is sociable, and you should never let either animal out of its cage or crate without close supervision.

Despite being domesticated, beagles retain some of their natural predatory instincts. Your beagle might become aggressive if the rabbit makes any quick movements or encroaches on its territory, which would be interpreted as a threat and likely result in a battle, which your beagle would almost certainly win.

Similarly, you should do what you can to reduce your rabbit’s stress levels. Given that it is prey in the wild, this species naturally shows fear of dogs. A lifetime of stress from living in constant fear can have devastating effects on your rabbit’s mental and physical health.

You should keep both of their crates close by in case you ever need to cage one of them.

In order to spare your rabbit the torment of your beagle’s misbehavior, which may include constant barking and attempts to enter the rabbit’s cage, you may wish to put the two animals in completely different areas.

How to train Beagles and Rabbits to get along?

Bonding your rabbit with your beagle will teach your dog to accept the bunny as a pack member. A dog that has learned this behavior will;

Always work one-on-one to bond a rabbit and a beagle.

Seeing a beagle and a rabbit cuddled up is an absolutely endearing and adorable sight. The sight of a lovable beagle with floppy ears and a curious rabbit with cotton tails playing together is sure to bring a smile to the faces of people who are fond of both animals.

Some people may tell you that beagles will only attack rabbits that live in the same household as them, but if you train your dog early on in obedience and associate positive things with it, it shouldn’t be a problem.

The single most important thing you can do to ensure your beagle accepts your authority as the house’s primary caretaker and grows to respect the rabbit you keep as a pet.

Also, be patient with them during the training phases of this relationship and you will be rewarded in the long run.

Tags
beagles and rabbits can beagles get along with rabbits 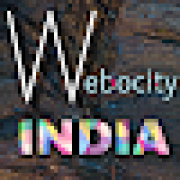 Can a Beagle be left alone? How to help a Beagle lose weight? 13 Fun Games To Play With Your Beagle

This site uses Akismet to reduce spam. Learn how your comment data is processed.